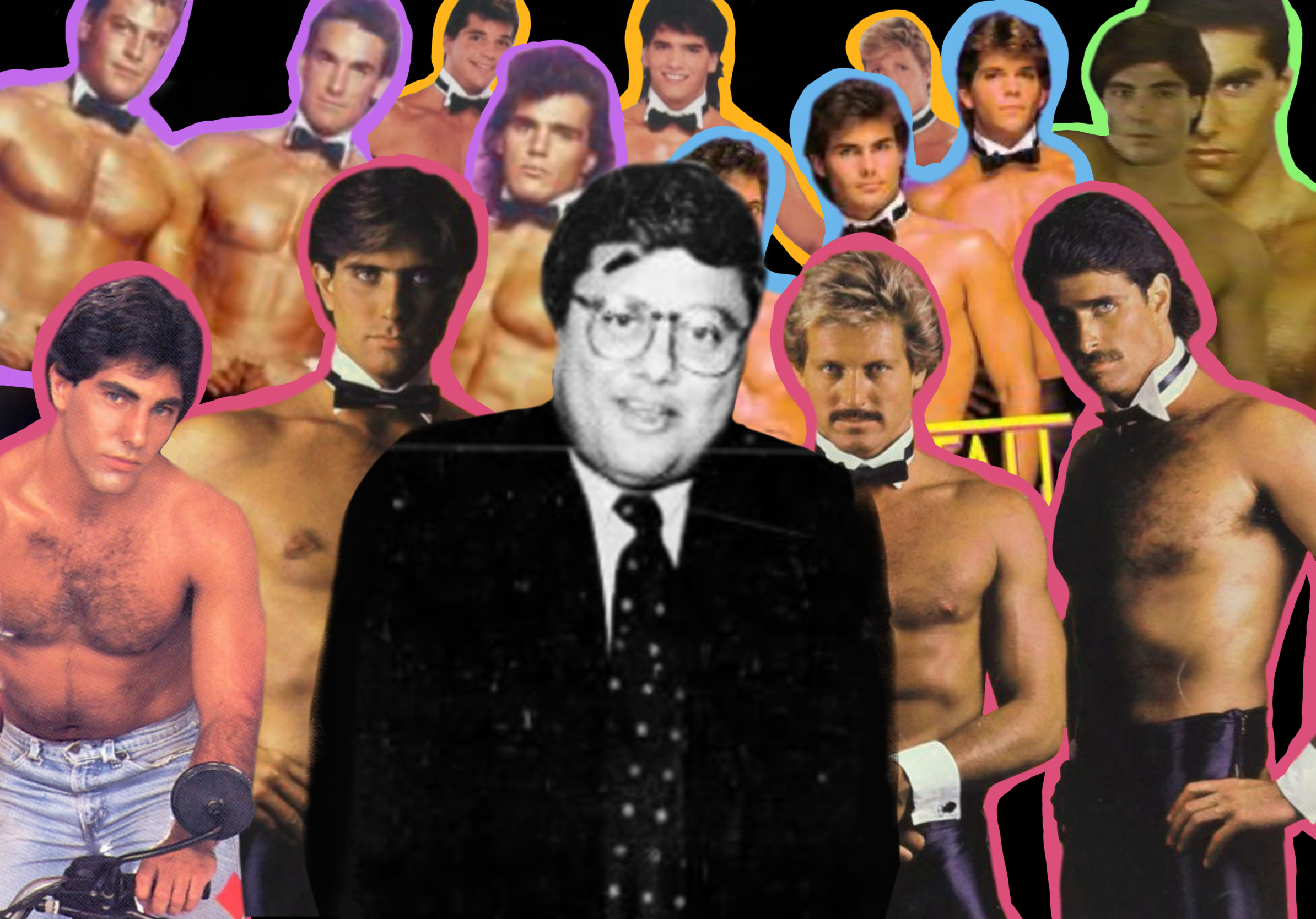 It was Ladies Night at the Chippendales nightclub in Los Angeles, and like most weekends during the late ’70s and early ’80s, there was a line of women curled around the block. Most were speculating what you could and could not do with the freshly waxed, under-25-year-old dancers, and you could do almost everything. “They’re gorgeous,” quoted one reporter from LA Weekly October 19, 1979. “You can grab their asses, feel their cocks.”

Chippendales was the 1980s’ answer to second-wave feminism: a coked-up corporate discotheque where women (Wednesday-Sunday, 7-10 p.m.) got to be predators instead of prey. Once you paid your $20 entrance fee, the world flipped upside down. Women — male customers were barred until 10 p.m. — entered a world in which female octogenarians fondled bulging G-strings, and men shook their asses to a lustful crowd of howling she-yuppies, waving dollars in their hands. They say Chippendales began the trend of ‘bachelorette parties,’ inspired sexy boy bands like the Backstreet Boys and NSYNC. But they say a lot of things.

Above the club was the office of its founder: Somen “Steve” Banerjee, a crack in Chippendales’ otherwise immaculate Anglo-Saxon facade. A portly Bengali bhadralok, Banerjee looked as much like the owner of a male strip show as he did a murderer. With his slick suits and thick accent, he always preferred to hang behind the scene — for years, even refusing to tell journalists his country of origin. It took a couple of mysterious deaths, arson attempts, and an international FBI investigation to push Ba