It was Black America that embraced South Asians, who often refuse to discuss race. 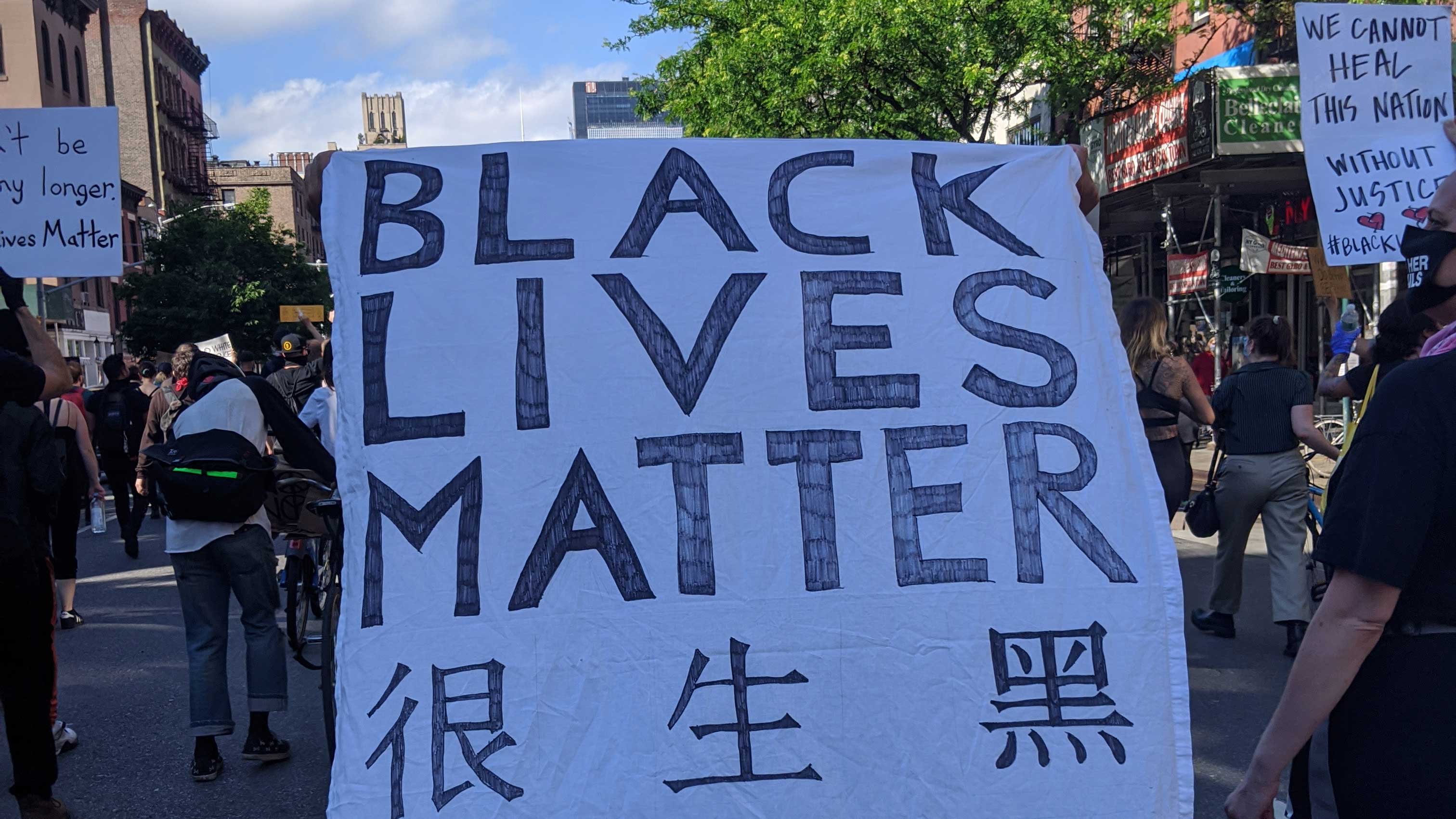 Scene from a protest in New York City. (Meghna Rao)

I distinctly remember the moment I went from being a small Indian girl in New York City, distinguishable only by two well-oiled braids and a gigantic backpack, to a 12-year-old who could rap any 50 Cent song verbatim. A Black friend had introduced me to 50 Cent’s 2005 album The Massacre. The rapper could make the serious sound poppy, make the jocund more urgent. He was confident even when he was told not to be, was always irreverent to authority, and boasted and bragged in the face of powerlessness. His lyrics fit neatly into the unstructured feelings of alienation I had had as a kid with a bifurcated brain, raised speaking Kannada and thrust into a fast-moving English-speaking world — a world that felt white and unwelcoming, and made me want to hide.

But my brain had bifurcated in other ways. On one hand, I was hooked on 50 Cent, who described a life just a few miles over from my Queens Village home. On the other, I had no experience with anything 50 Cent was talking about, like the violence and antagonism that existed in his life from the day he was born. I was raised in the bubble of a Hindu Indian household and enjoyed a certain presumption of innocence in our neighborhood, able to ride bikes into the night with nothing more than a glance from passing cop cars. Unlike 50 Cent, I wasn’t “taught to handle” fights on my own and to avoid the cops because I couldn’t trust how they’d treat me. Down the street, my Black friends were already being told to avoid the local playground when cops showed up, to be careful about what they told