Nearly 30 years after her sizzling debut in “Mississippi Masala,” Choudhury plays the role of a mother in the latest Blumhouse horror flick with sensuality and aplomb.

These words, spoken by a gossiping auntie and among the most iconic lines in director Mira Nair’s Mississippi Masala (1991), alluded to the female lead Mina, who was, in fact, dark, curvy, and without money. Actor Sarita Choudhury — who played Mina — can still paraphrase the dialogue to this day. The film introduced Choudhury to global audiences: in her very first scene, Choudhury, as the adult Mina, moves her fingers just so through her long, wavy hair as she pushes a shopping cart of 25 gallons of milk and buttermilk through a grocery store in Greenwood, Mississippi. It’s August 1990. 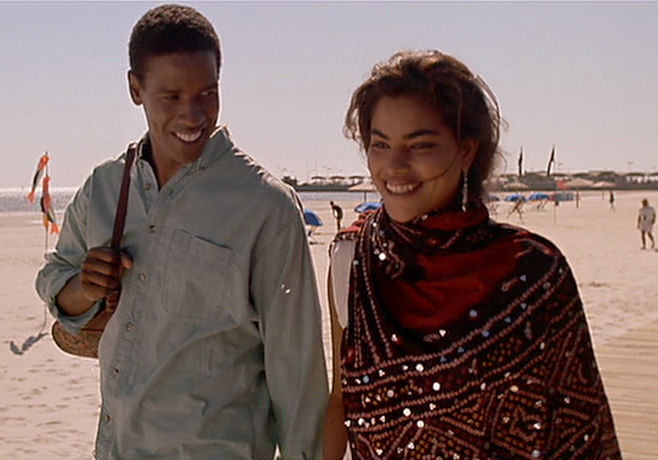 Mina would go on to crash a borrowed car — trunk full of dairy — into the van of Demetrius (Denzel Washington), partly bec