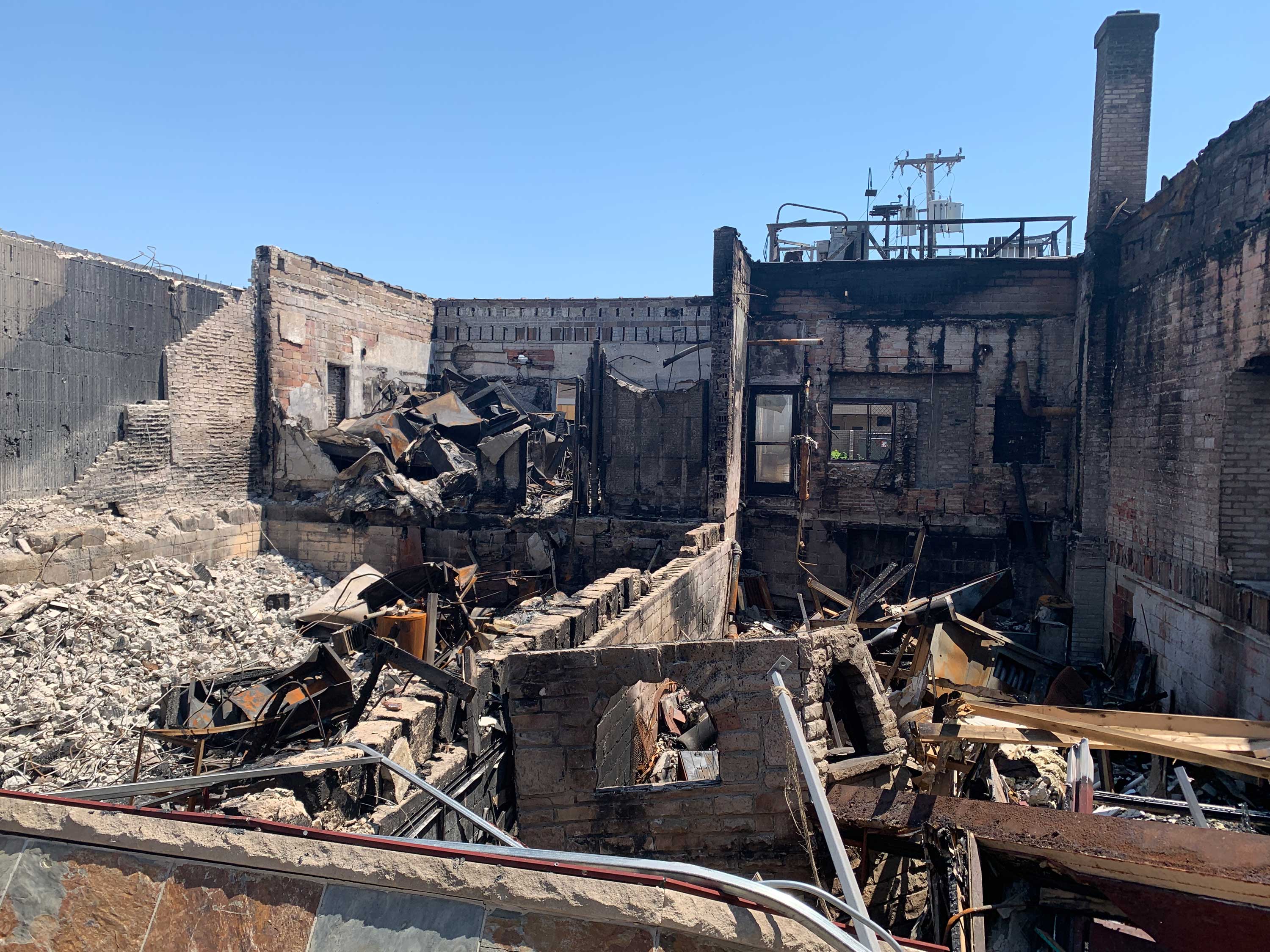 Ruhel Islam’s Gandhi Mahal Indian restaurant burned down during protests in late May — not far from the Third Precinct police headquarters in Minneapolis. (Krithika Varagur) 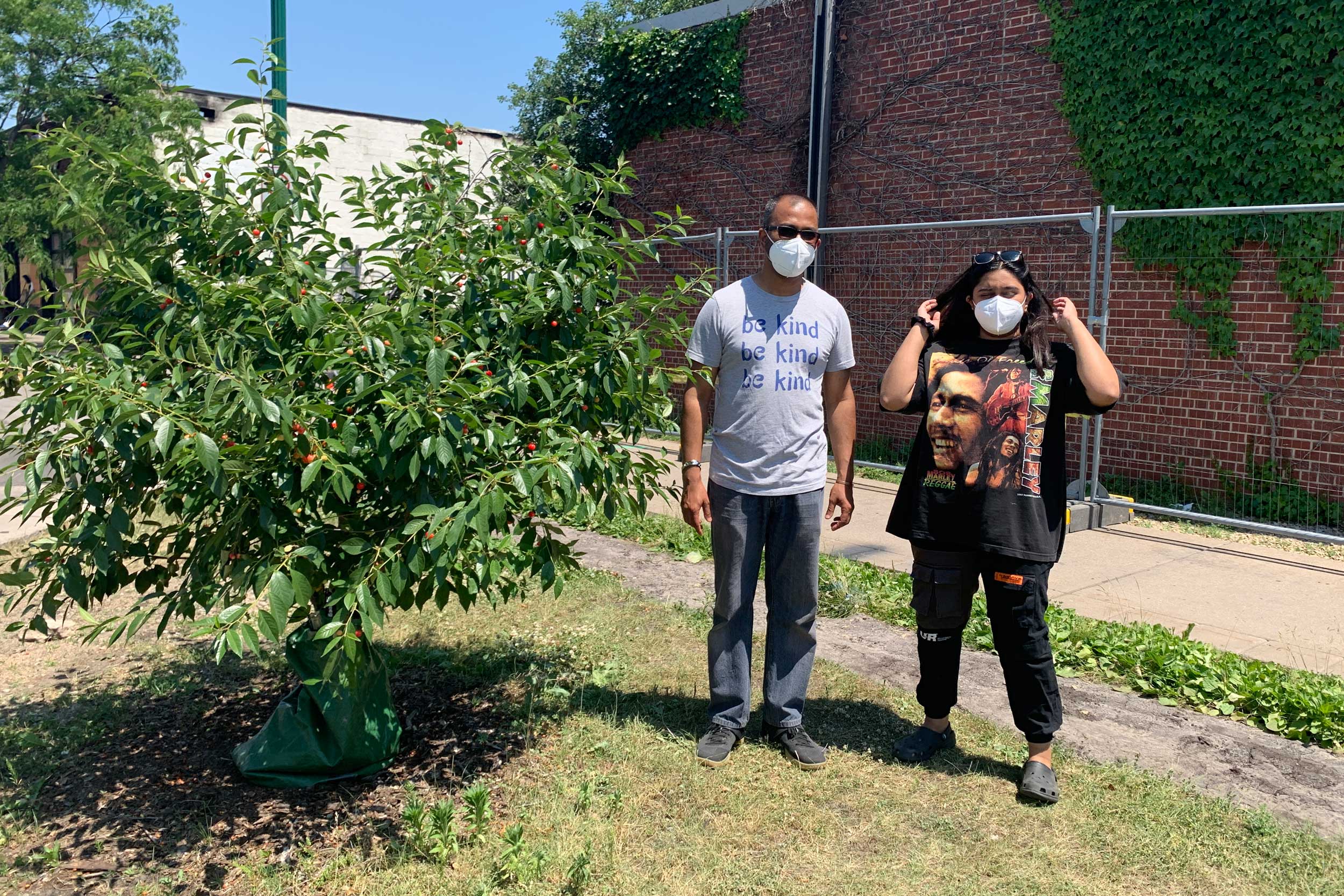 Ruhel and Hafsa Islam in front of a cherry tree that he planted near the restaurant. (Krithika Varagur) 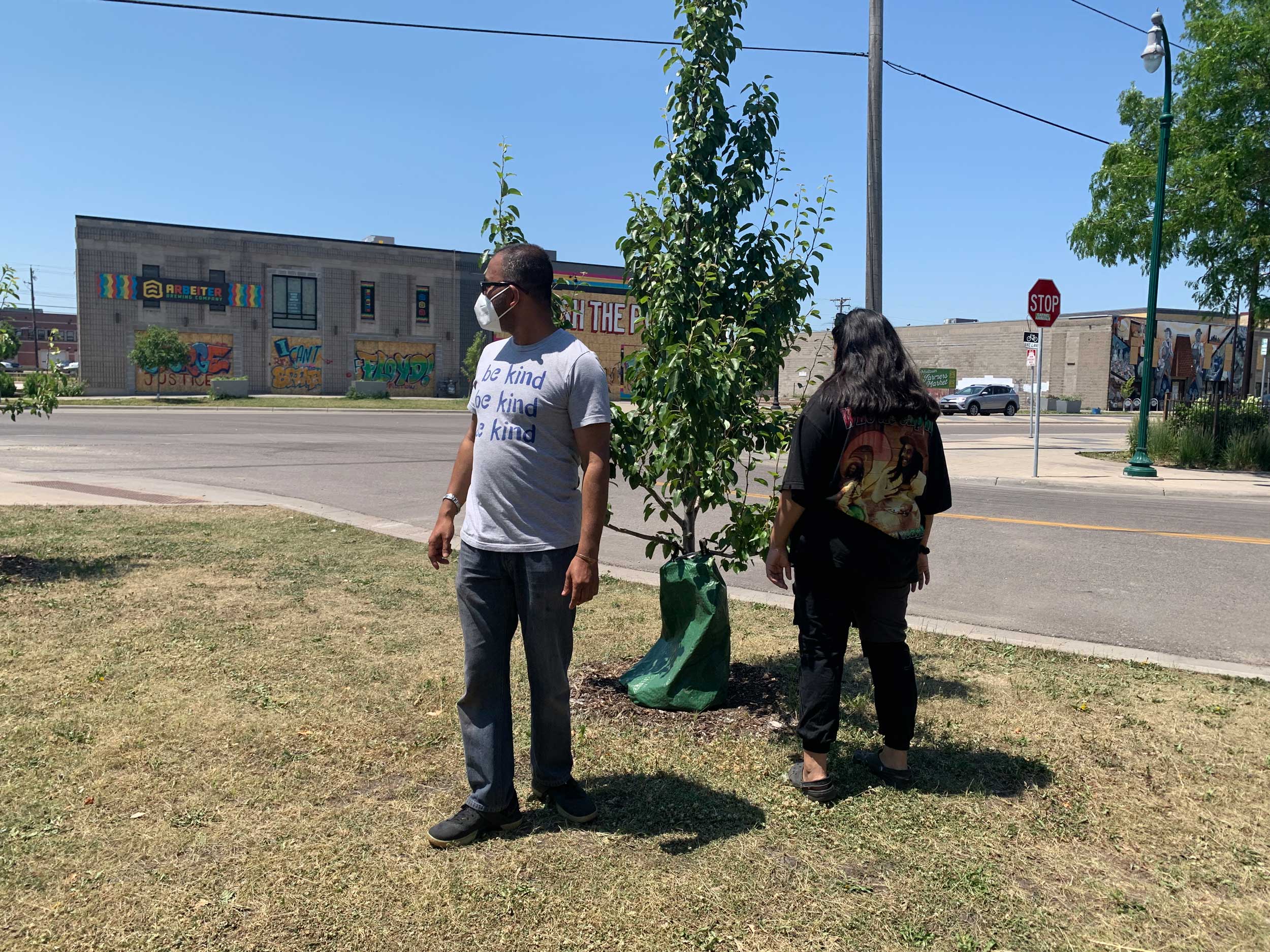 Ruhel and his daughter Hafsa, against a backdrop of the street art that blossomed citywide after George Floyd’s murder. (Krithika Varagur) 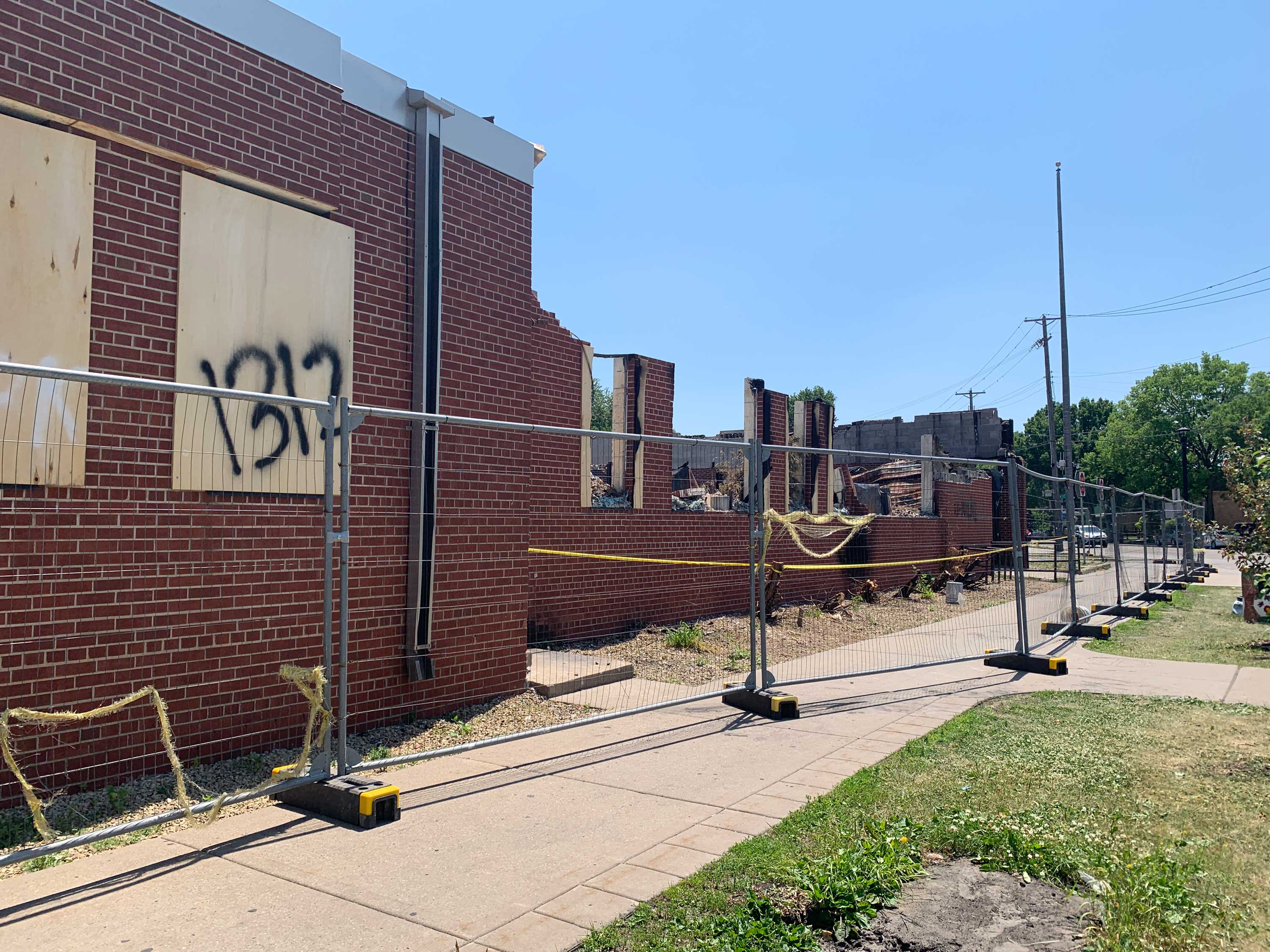 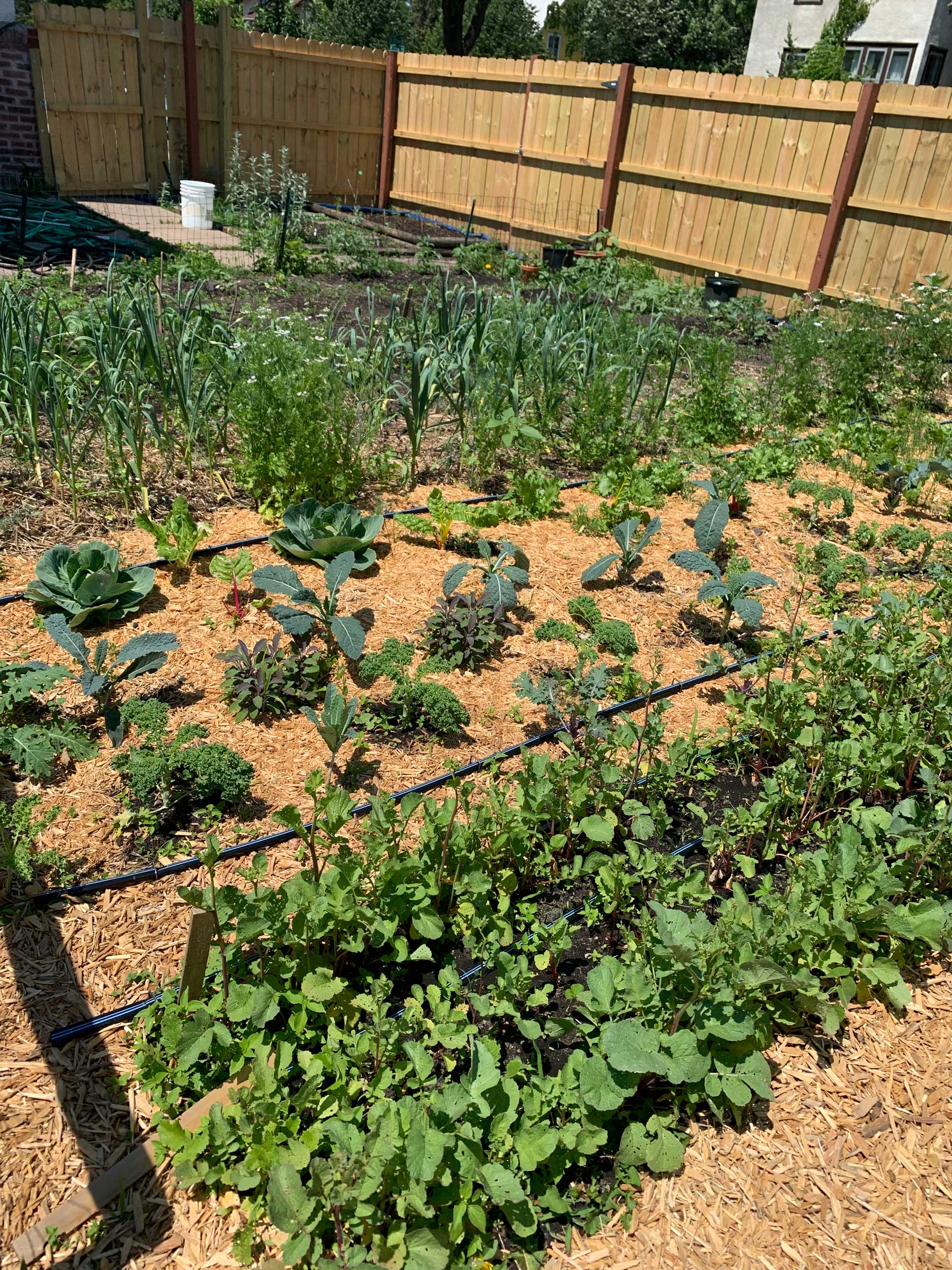 Ruhel Islam’s Gandhi Mahal Indian restaurant burned down during protests in late May — not far from the Third Precinct police headquarters in Minneapolis. (Krithika Varagur)

When restaurant owner Ruhel Islam said “let my building burn” last month in Minneapolis, he instantly captured a pulsating national mood. He also seemed to throw a glass of ice-cold water on the South Asian American community, who, in broad strokes, have long been complacent about showing up for and protesting alongside Black Americans against police brutality and for civil rights.

Islam’s face became well-known through a now-viral Facebook post, and in the New York Times, where the Bangladeshi American spoke about how his beloved downtown restaurant, Gandhi Mahal, was burned to the ground by protesters. But Islam wasn’t mad, stating that it could be rebuilt and that the protesters’ anguish was justified. The radical commitment of his actions cut through the miasma of posts and occasionally pointed silences, the screen-based modes of quarantine-era solidarity. Here was a South Asian American who was really walking the walk. Not only did he support the protesters, but he even gave up what was left of his restaurant to medics for them to use in the following days and cooked up vats of dal to feed them.