Despite Raksha Bandhan’s patriarchal origins, for some, the holiday is less about religion and more about bringing together siblings. 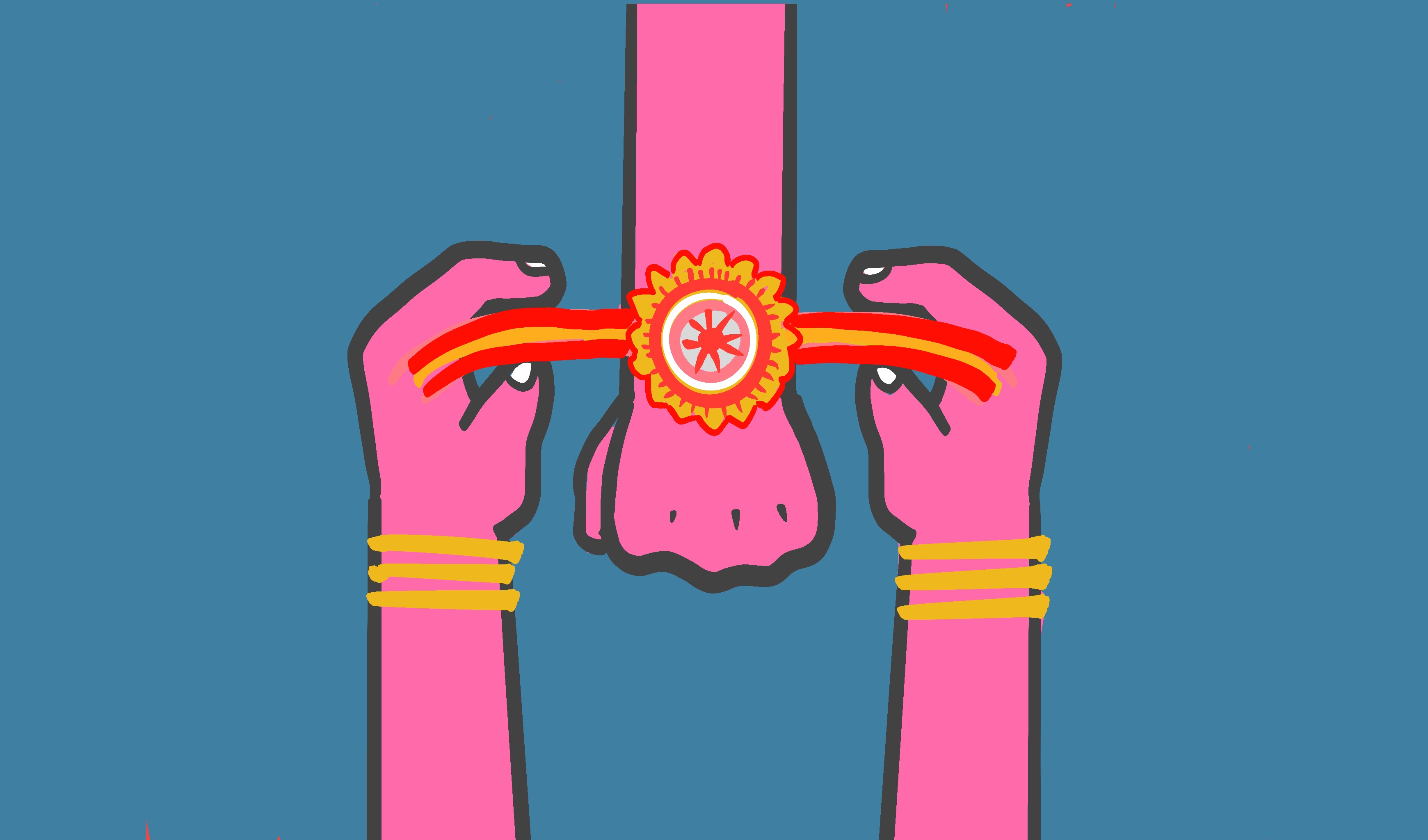 (Abhilash Baddha for The Juggernaut)

The rakhi’s charm truly manifests as fall creeps into view, when you look down to see the sacred red string — worn and weathered from beach trips and muggy evenings at the tail end of summer — still clinging to your wrist.

During Raksha Bandhan, a traditional Hindu ceremony each August’s full moon, a sister ties a rakhi on her brother’s wrist to wish him good health and wealth for the coming year.

There are a myriad of stories about the festival’s origins. Growing up, I was regaled with a tale in the Mahabharata, where the epic’s heroine, Draupadi, ties a piece torn from her sari to heal Lord Krishna’s finger wound — incurred from slaying his cousin, Shishupala, for his repeated sins. As thanks, Lord Krishna promises eternal protection for Draupadi.

In essence, the story serves as a launchpad for the strength of platonic relationships in South Asian culture: where a brother and sister are bound together, like many cultural rites, by a mixture of duty, necessity, love, and a healthy splash of familial guilt. In exchange for tying a rakhi, a brother will offer a gift to his sister — traditionally money.

“I’ve always been taught that the girl had so much luck and prosperity, so it made sense to give some to the brother,” Rachel Patel, 26, told me.

While the sentiment of a sister needing “protecting” is certainly archaic, the festival is evolving to be a mini-ceremony that solidifies a bond between siblings. Today, the somewhat intangible idea of “eternal protection” has been replaced by a Starbucks gift card or a bouquet. And while gifts are customary, they aren’t why the tradition stays alive. For diaspora kids,