One traveler reflects on the Kalash tribe, who have lived for centuries in isolation in the Hindu Kush mountains, and fights to preserve its culture in present-day Pakistan. 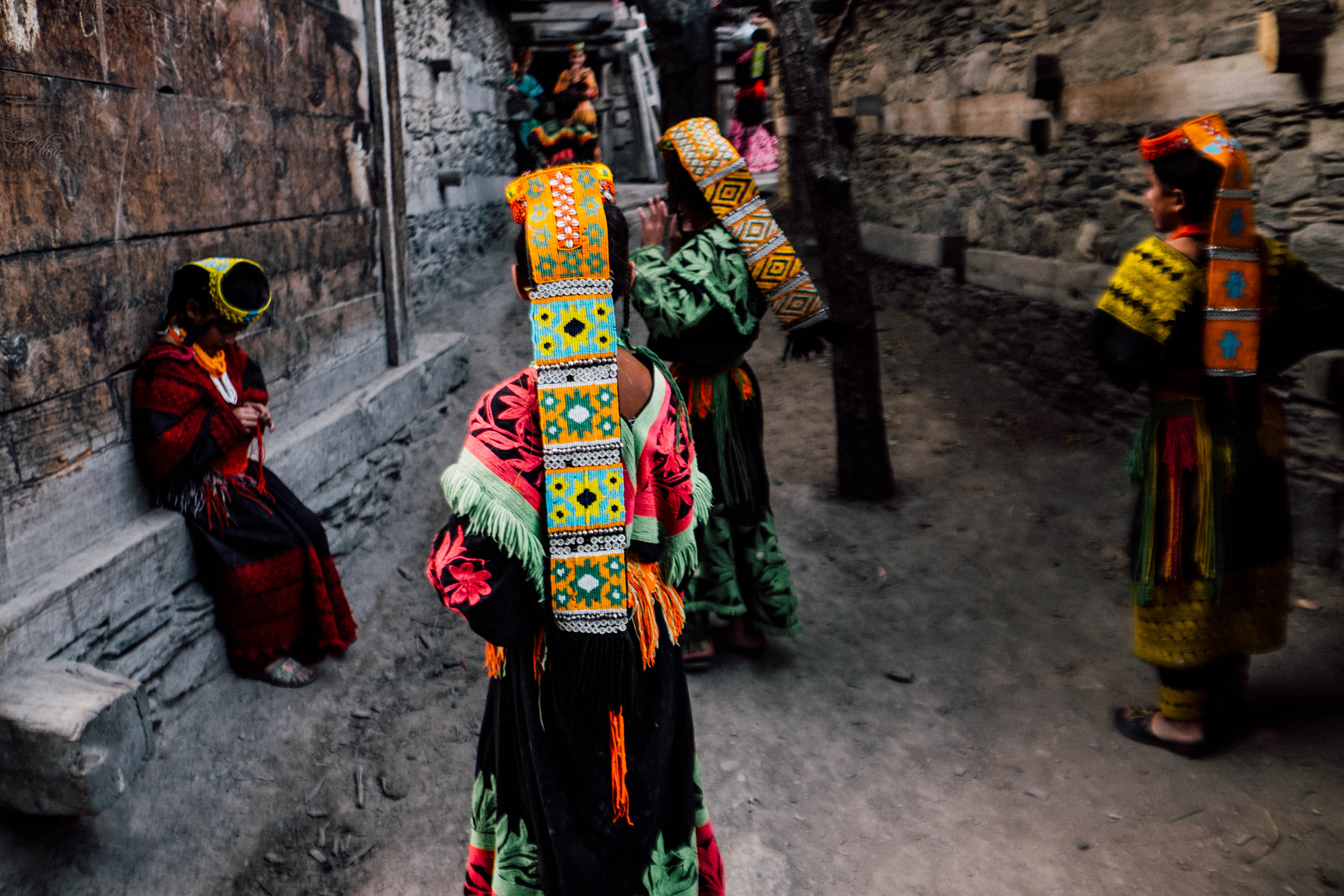 Our jeep kicks up dust as it rattles across a shattered mountain road. It is a bone-jarring ride that cuts through Pakistan’s northwest frontier region of Chitral and, after several hours, our bodies feel as broken as the surface on which we are traveling. Sharp and precise peaks emerge from nature and fold back into it, swallowing us in their wake along with canyons, shallow rivers, and the small pockets of greenery that defy the almost half-finished landscape.

Piloting us is a driver named Shehzad. He is an animated presence who speaks more through the movements of his arms than with his words, none more so than when he waves our group out of the jeep so that it can make its way up a steep incline that rises from the bed of a stream. Once the jeep negotiates the slope, we are unceremoniously shoved back into the vehicle, despite still wanting to take advantage of the unscheduled stop by stretching our legs. Here, the driver is king; you either heed his call or risk being stranded. Shehzad also has first choice over the soundtrack of our journey. Old Bollywood songs, which have been lost to all of civilization except the fraternity of jeep drivers of Pakistan’s mountain north, roar out of his stereo player.

On our approach to Rumbur, the ruggedness gives way to more fertile territory. The new vistas unravel in stretches of golden brown, orange, and green. Holly oaks and apricot trees spring before us and fields of wheat yawn into the horizon. The natural setting is different. So, too, are the Kalash, the tribe th