Shubh Mangal Zyada Saavdhan, which depicts the love between two men, is far from perfect. But its power lies in its attempt to reach a mass audience. 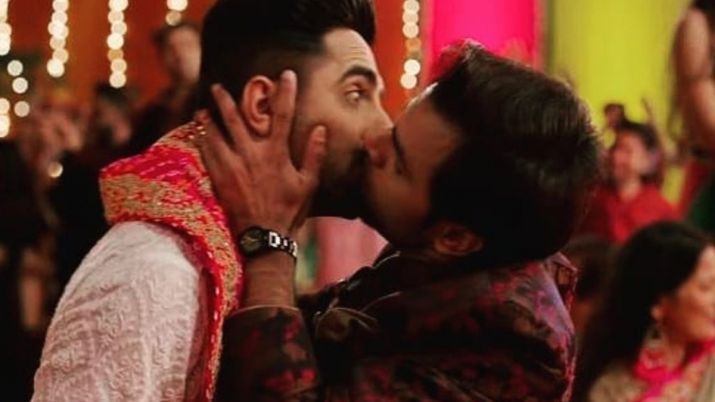 “Can we just take a moment to appreciate the fact that they included a kiss in the trailer?” reads one of the over 35,000 YouTube comments under the trailer of Shubh Mangal Zyada Saavdhan, a Hindi film releasing next month. The kiss in question is between two men, a hitherto nearly alien scenario in mainstream Hindi cinema. The moment lasts for a jaw-dropping three seconds but has been replayed for far longer over the past few days.

Bollywood is usually much more synonymous with an exaggerated display of machismo. Though Shubh Mangal Zyada Saavdhan isn’t perfect — it still casts two straight men in gay roles — if the kissing scene manages to pass through India’s persnickety Censor Board, which is notorious for its regressive values but lacks purview over online trailers, it will become the first Bollywood movie explicit in both its language and depiction of gay love.

Director and writer Hitesh Kewalya’s sequel to Shubh Mangal Saavdhan (2017), which tackled erectile dysfunction, stars Ayushmann Khurrana and Jitendra Kumar, who play openly gay characters reaching for a happily-ever-after on their own terms.

What makes this kiss more than just a gimmick is that Shubh Mangal Zyada Saavdhan refuses to conceal the sexual orientation of the two leads as its big reveal, a narrative device mainstream films (