A criminal to most and a folk hero to many, Bindy Johal pioneered the idea of the Brown suburban gangster, shedding light on the darker side of the Indo-Canadian dream. 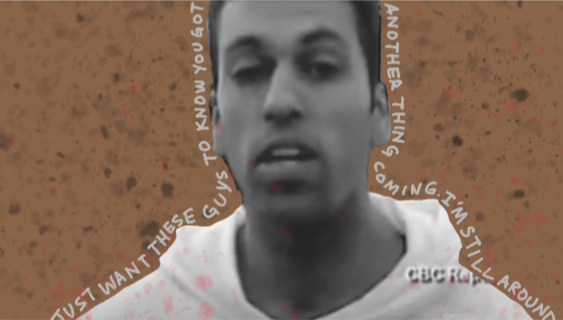 At 4:30 a.m. at the Palladium nightclub in Vancouver, British Columbia, Bindy Johal was shot dead. It was 1998, just a few years after Johal had founded The Punjabi Mafia, a fancy name for a small-time gang that did the dirty work of more established organizations like the Hells Angels and the Triads. The killer approached Johal on the dance floor, shooting him in the back of his head at close range. Rumor had it that the gunman was one of Johal’s men, but it would stay a rumor, since not one of the 350 people in the club would describe the assailant’s face.

Death at 27 ensured Johal’s immortality. During his life, he’d been a fixture on mainstream media, performing for the cameras, giving TV reporters flashy quips. Particularly famous was the clip of Johal threatening a rival before speeding away in a sexy red car. “I just want these guys to know you got another thing coming, bitch,” he says, with a noticeable Canadian accent. “I’m still around.” These words — ‘I’m still around’ — became Johal’s tagline, a phrase still posted on social media decades after his murder. Death made Johal a legend, particularly among many young Punjabi Canadian men.

For South Asians, particularly Punjabis, immigration to Canada has largely been a story of success. Punjabi is now the