On Sunday’s National Day of Action, South Asians across the country came together to protest the new India. 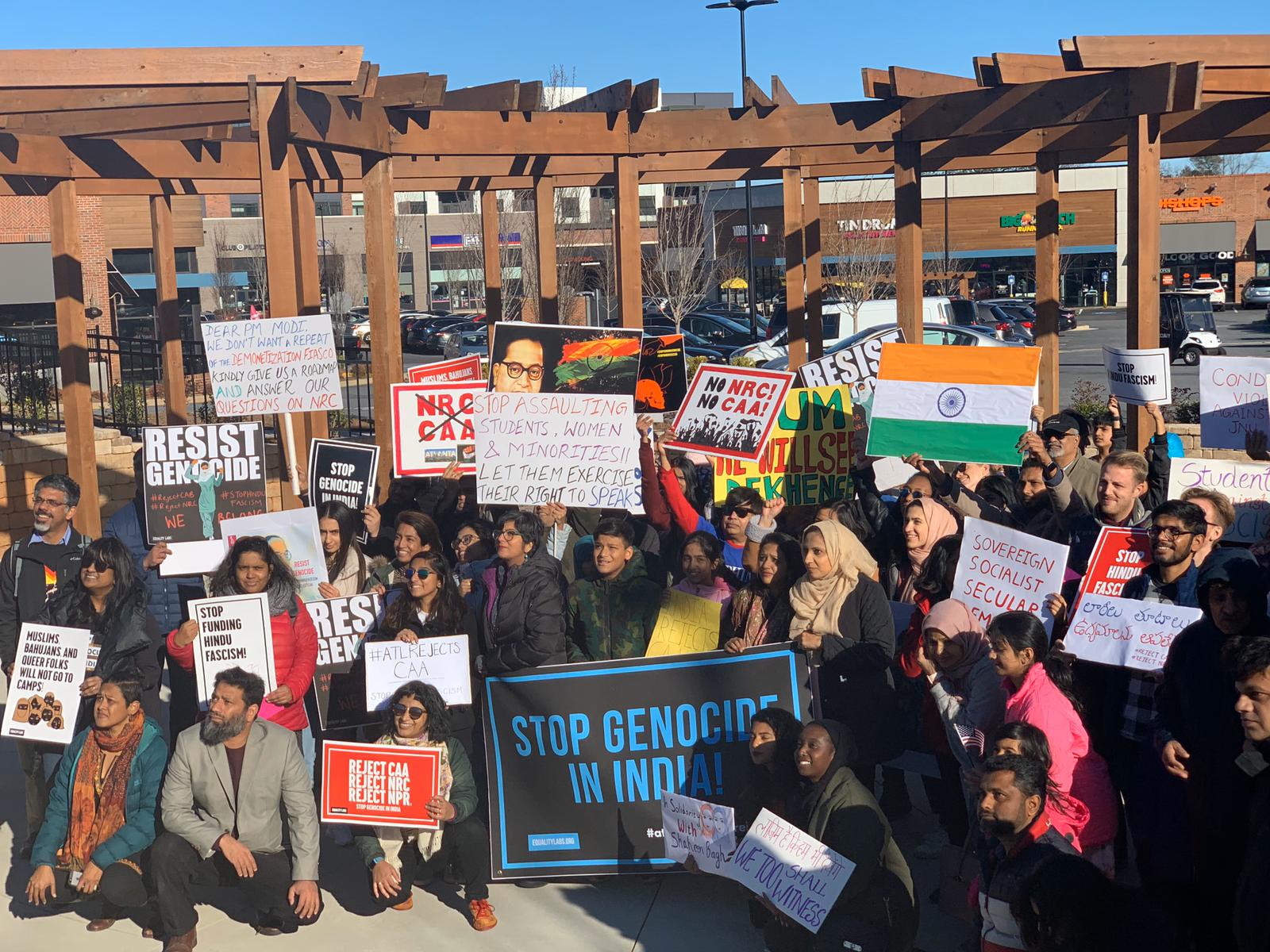 This past Sunday, January 19, in wool caps and down jackets, thousands of South Asians gathered outside their local Patel Brothers and Usha Foods. From Jersey City’s “India Square” (sometimes known as “Little Gujarat”) to the 15-block stretch of sari shops and buffet restaurants on Devon Avenue in Chicago, protestors stood against the wind, chanting and carrying posters written in Bengali, Assamese, Tamil, Hindi, and English.

It was the National Day of Action, a nationwide protest organized by a group of South Asian organizations across eight of America’s Little Indias — including those in Chicago, Philadelphia, Artesia, Fremont, Waltham, Redmond, and Jersey City — against India’s Citizenship Amendment Act (CAA), the National Registry of Citizens (NRC), and the National Population Register (NPR).

Sharmin Hossain of Equality Labs, one of the organizations behind the National Day of Action, describes these Little Indias as “hubs of right-wing power.”

“We want to go to the Subzi Mandis and Patel Brothers, where the Bharatiya Janata Party [BJP] posters are, and look these people right in the eye,” she said. “The culture shift begins in meeting people where they’re at.”