Alok V Menon and the Power of an Image 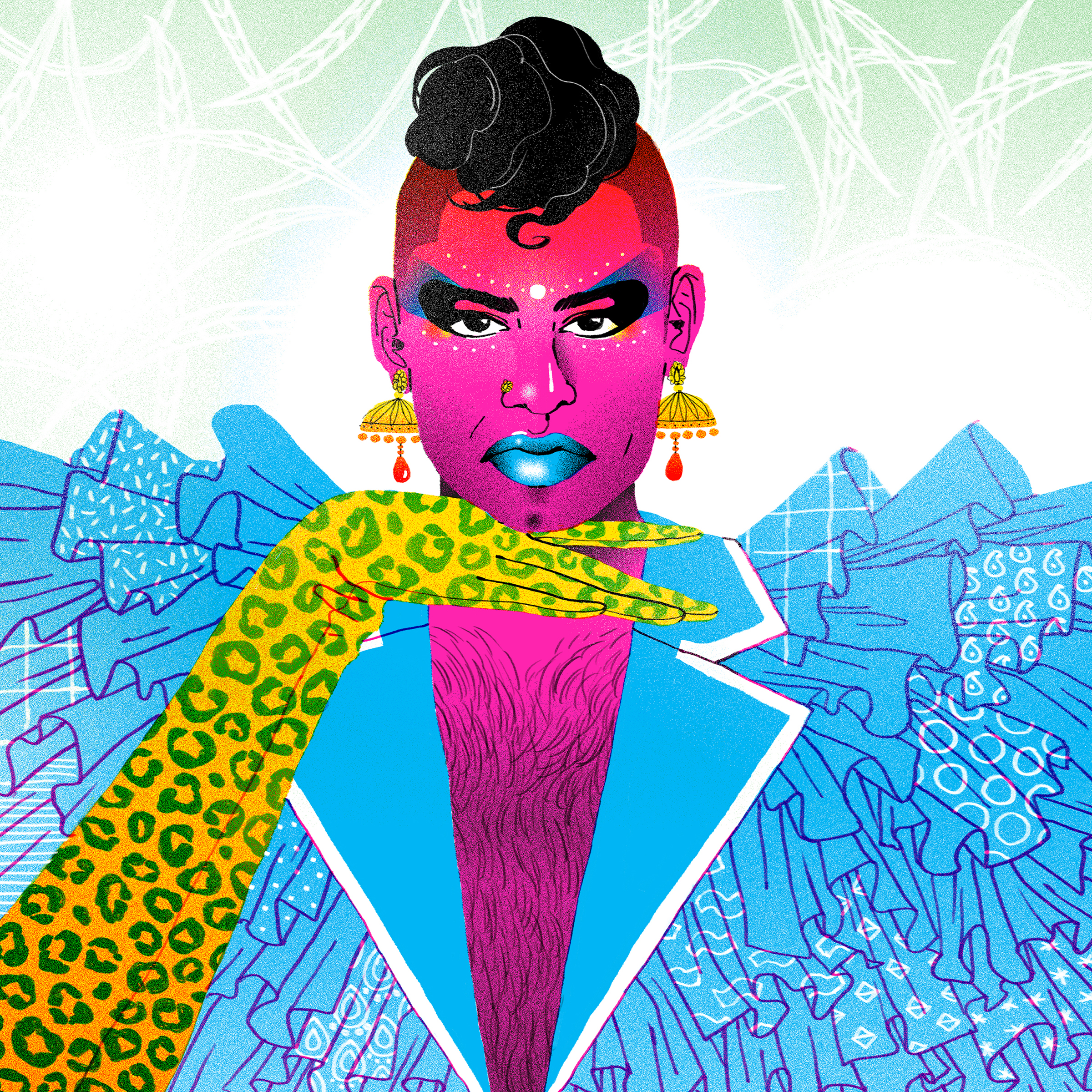 Alok V Menon by Jasjyot Singh Hans for The Juggernaut

Alok V Menon and the Power of an ImageMeghna Rao

Alok V Menon by Jasjyot Singh Hans for The Juggernaut

It’s the mid-2000s in lily-white College Station, Texas, home to Texas A&M and a smattering of South Asians. The President is George W. Bush; the nation, still reeling from the impact of 9/11, is on red alert, particularly for anyone who looks brown. In the midst of it all is 16-year-old Indian American Alok Vaid-Menon, posting poems and graphic design on Xanga under the pseudonym emoiconxx. School, Vaid-Menon explained to me, was difficult, and they needed an outlet.

“I never used the bathroom even once in high school, and I was just so scared to be attacked that I would hold it in from 6:30 am to 6:30 pm,” Vaid-Menon remembered. “It was a quiet terror. There was constant harassment, with both guys and girls saying I was too feminine or I was a pussy or a sissy or gay. It was all these things that I didn’t even know about myself.”

Home was their oasis of acceptance. Vaid-Menon’s parents were liberal academics who came from a long line of artists, authors, and intellectuals; an aunt, a queer, prominent activist, clues in their parents that their child, who spends most of their time wearing their sister’s florals and hot pinks, sandals with dolphins on them, and thigh-high socks, is probably queer.

Yet, their parents never truly put a name to what they saw in Vaid-Menon, to the in-betweens, to their propensity for boy and girl clothes. This was replicated, in a larger sense, by Vaid-Menon’s South Asian community. They congratulated Vaid-Menon for their good grades and adherence to the script — and ignored the aspects that didn’t fit with what they wanted to see. “I wasn’t prepared for what it would b